The Great Pyramid of Giza

The Giza pyramids are located in Egypt on the Giza plateau on the western bank of the Nile. In this tour of Cairo day tours you can find the tombs of the ancient kings. they believed in the idea of resurrection and immortality. Each of these pyramids has the name of the king who built them, and their number is three pyramids.

you can visit the Sphinx next to some tombs of the queens and funerary temples. These pyramids were built around 25 centuries BC and mummies were buried there. The geometric pyramidal shape is one of the most important architectural developments in the era of the pharaohs.

The idea of this triangular pyramidal shape came from the idea of helping the soul of the deceased to reach heaven with the god Ra. The Giza plateau is considered one of the most famous tourist places even in all Egypt tours. As it includes the tombs of the kings of the Fourth Dynasty (2613-3494 BC) in addition to the presence of the Sphinx

Who built the Giza pyramid?

King Khufu was the second king of the Fourth Dynasty, his father the pharaoh Sneferu, and his mother Queen Hetepheres. The pyramid of Khufu contains many blocks that number up to 2,300,00 blocks.

You should book the Egypt Pyramids tour package to discover their greatness.

It took 10 to 20 years to build this pyramid. It is also considered one of the seven wonders of the world now. The pyramid of Khufu contains something unique contains 3 burial chambers.

As one of them is under the lower rock and the other two are inside the pyramid itself.

You will see it there in the upper chamber called the King’s Chamber. You can access it through a corridor called the Great Hall

On the south side of the pyramid of Khufu (the Great Pyramid), you will find two large boats that are said to have been used to transport the mummy and furniture.

King Khafre, son of King Khufu, built a pyramid next to his father, which is less high than Khufu, as its height is 143.5 m. It consists of a group of luxurious limestones.

The mortuary temple of Khafre is situated at the lower part of the pyramid and its valley sanctuary. which are the best protected among the sanctuaries of the Old Kingdom.

On the other hand, the Great Sphinx was matchless in its huge statue next to the Valley Temple, which was unparalleled.

The Valley Temple includes a large courtyard with columns of granite and floors covered with alabaster.

On the walls, there are also statues of King Khafre, some of which are displayed in the Egyptian Museum in Tahrir. Try to discover this miracle on a tour package to the pyramids with us. 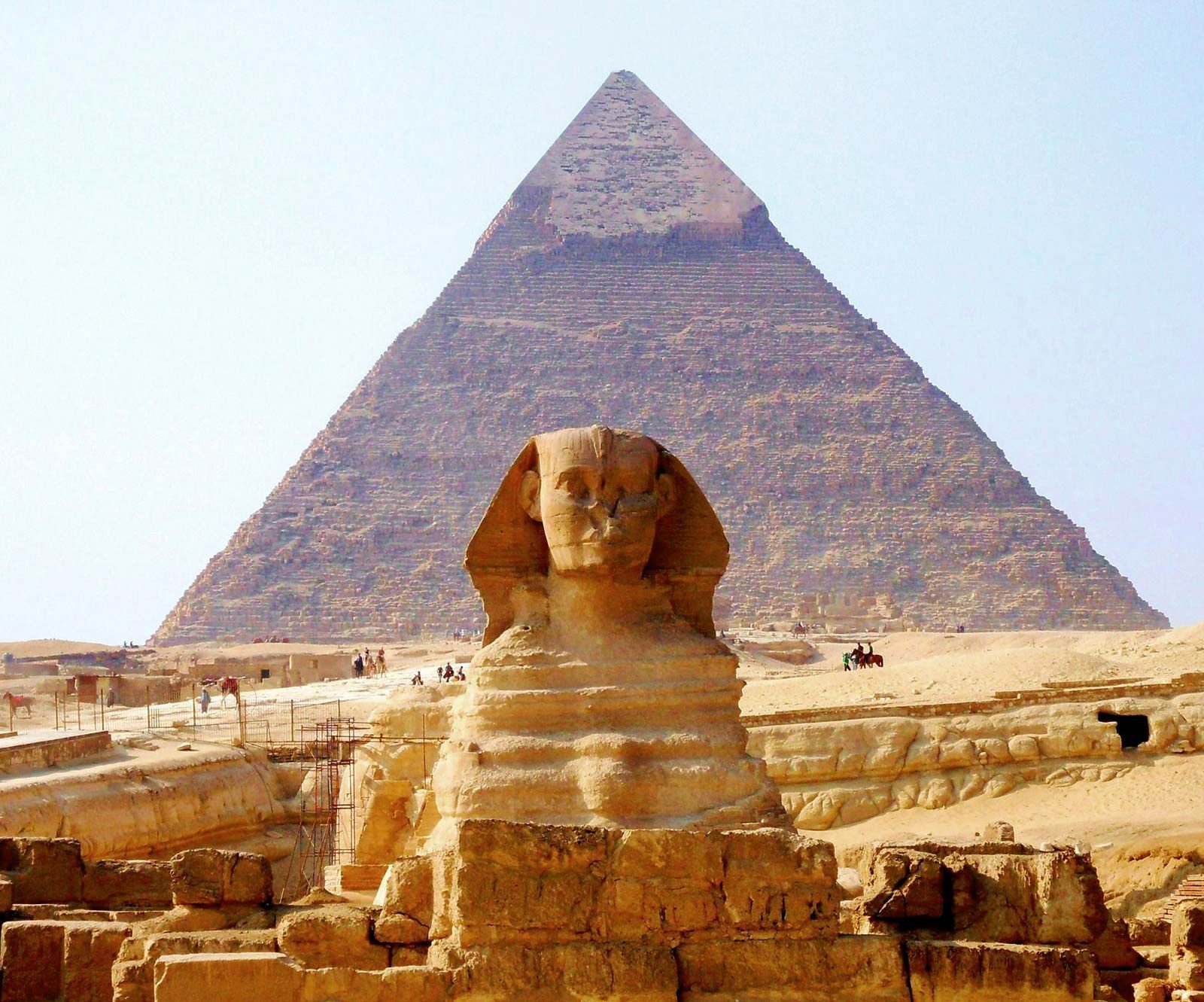 The pyramid of Menkaurea was built by King Menkaure (about 2532 – 2503 BC) and he named his pyramid (Al-Muqaddas).

Be aware that the Giza Pyramids are typically the first visit on all Egypt travel packages since its beauty never ceases to surprise travelers.

They are often perplexed as to how these colossal structures were erected without the use of machinery! You must pay them a visit.

The Great Sphinx of Giza is one of the world’s most famous sculptures. It is an Egyptian and Greek legend, as well as a mystery that we have yet to solve.

But we discovered that it has many legends associated with each civilization. The most famous of which is that it was carved in the shape of a lion’s body and a human head representing Ra Horakhty. one of the forms of the powerful sun god, an embodiment of royal power, also the protector of the temple’s doors.

The Sphinx is the Old Kingdom’s oldest and biggest stone sculpture. The sun deity who stood on the horizon was known as the “Horus of the Horizon” and “Horus of the Necropolis” at the time. Among the traditions that were popular About the Sphinx, that the face of the Sphinx is the face of Khafre, the owner of the second greatest pyramid in the pyramids of Giza and the monarch of the Fourth Dynasty.

Many people were unaware of Thutmose IV’s dream, which was recorded between the paws of the Great Sphinx. You have to ask about Egypt day tours to the Sphinx to see it. Thutmose IV had a dream when he was a prince, he saw that he was hunting in the desert beneath the shade of the Sphinx. The prince said that the deity Sphinx talked to him and informed him that if he removed the sand that hid the Sphinx, he would become king. The majesty was then instantly taken over by Tuthmosis IV, who chose to date his dream in the same area where he dreamed he was seated between the paws of the Sphinx.

If you have time left on your holiday after finishing your trip in Cairo, you may go from Cairo to Sharm El-Sheikh, Hurghada, Luxor, Aswan, or wherever you wish to go. 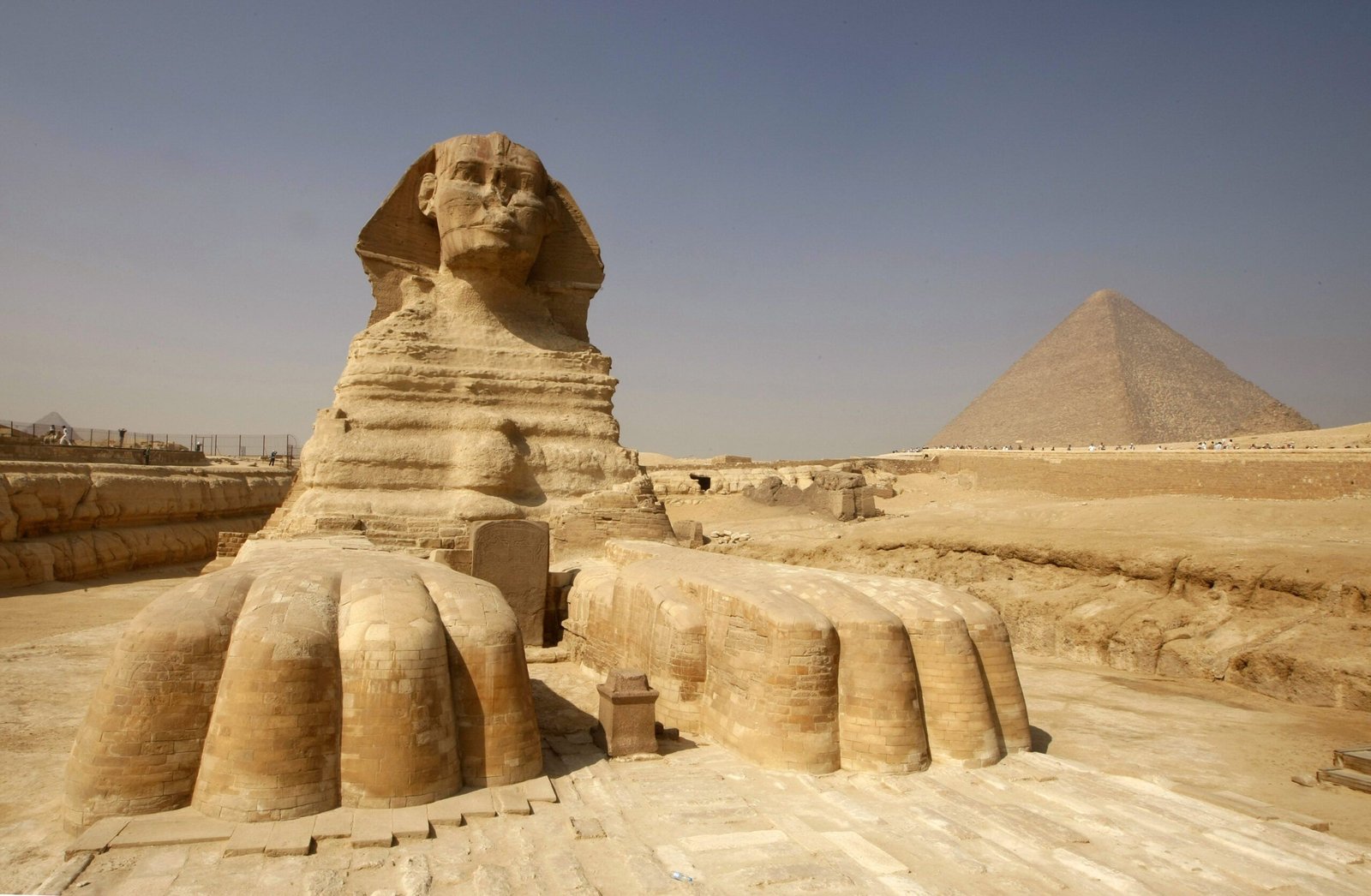